Once a week Cee from Cee’s Photography Blog runs a Which Way Photo Challenge – everyone is welcome to take part.

You can read the rules for the challenge here. (I tried to copy them to this post for easier reference but the formatting went haywire!)

A few years ago we were lucky to be invited by friends to join them at the impala hunting camp they had bought in the Lower Zambezi Valley in Zimbabwe. 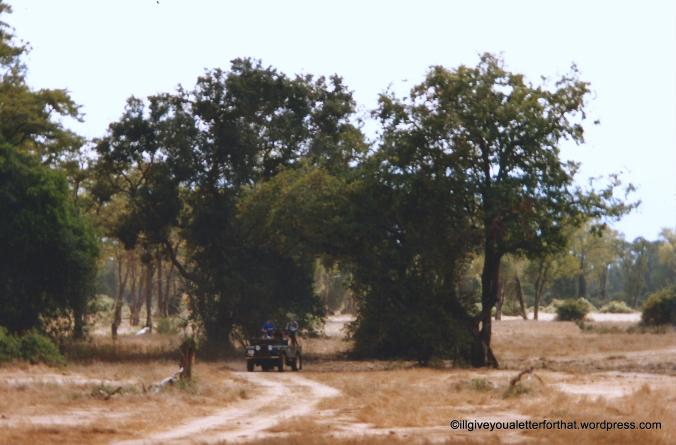 Of course, being a Land Rover (apologies to all Land Rover fans out there), things didn’t always run smoothly.  Most of the Lower Zambezi Valley is a wildlife area and there are many dangerous animals around – lions, elephants, buffalo, you name it, it lives there. So we had a few tense hours sitting on the side of the road while the men carried out running repairs.

Reading Genis’s Fat Dog Diary’s post this week (Five Photos, Five Stories Challenge (Day 3): The Joke is on Me) reminded me of this picture I took at Livingstone Gwembe Safaris Crocodile Farm. I think Genis will be relieved to know this!

Thank you to Cee from Cee’s Photography Blog for inviting me to join in this challenge. Please pop over to her site and feast your eyes on some beautiful, inspiring pictures .

“The rules of Five Photos, Five Stories Challenge require you to post a photo each day for five consecutive days and attach a story to the photo (It can be fiction or non-fiction, a poem or simply a short paragraph) and then nominate another blogger to carry on this challenge. Accepting the challenge is entirely up to the person nominated, it is not a command.”

Today I have invited Sue Vincent from the Daily Echo to join in the fun. Sue originally hails from my ‘Home From Home”, near the Peak District in the UK. Her posts are always thought-provoking and her photographs are stunning.

My post today is also a contribution to Cee’s Which Way Photo Challenge which I try to take part in each Friday.

This challenge subject is all about capturing the roads, walks, trails, rails, we move from one place to another on.  You can walk on them, climb them, drive them, ride them, as long as the way is visible.  Any angle of a bridge is acceptable as are any signs.

There is never a topic to this challenge.  All you need have is the “way” visible and the main focus of your photo.

As I’ve mentioned before, we have recently experienced some unseasonal rain storms and I think these first two pictures speak for themselves. 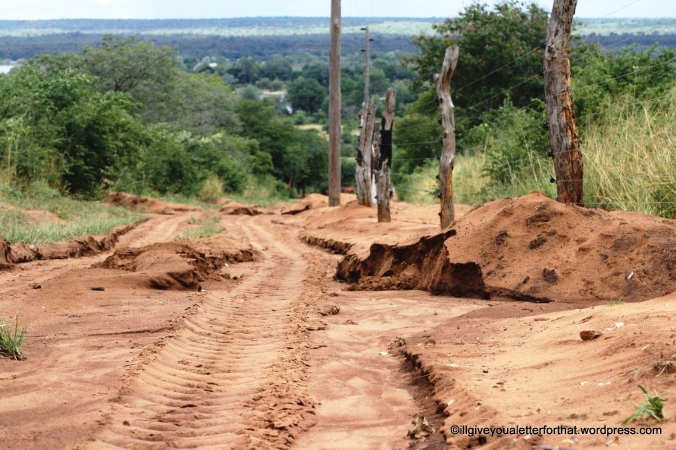 This track, seen in Namibia, seems to lead to nowhere. 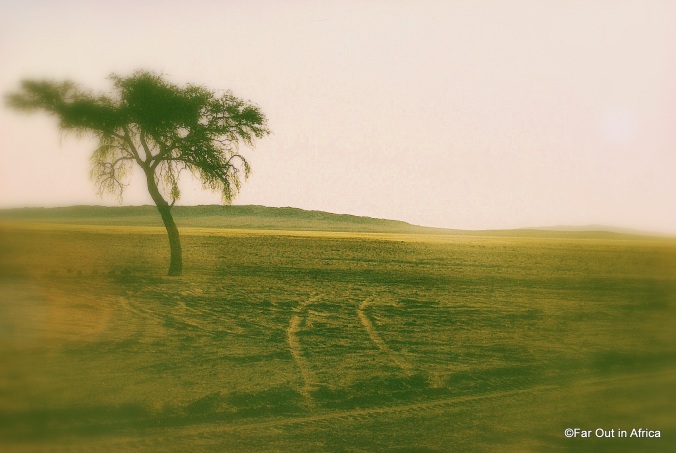 I have no explanation for this last one (except perhaps that dead maids are so inconvenient)!

Prepared for every eventuality 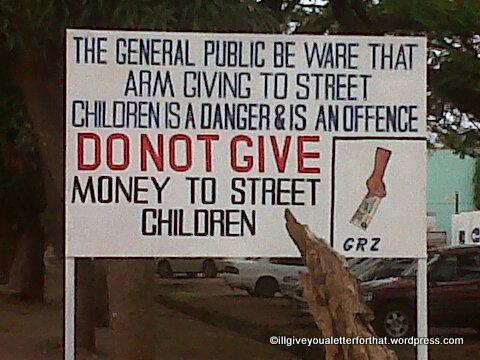 To see more entries in Cee’s Which Way Photo Challenge Week #13 go and have a look here.

I meant to publish this post yesterday (Wordless Wednesday). However, after a series of thunderstorms our internet connection has been intermittent (as has our electricity supply!) so I didn’t manage to get away with being lazy and saying nothing about the photos.

These pictures continue with my Namibia theme and I thought them quite fitting for this week’s Which Way Photo Challenge.

We pump our irrigation water from the Zambezi River and the clearing where the pump house is situated also serves as our boat launching site. We are not the only ones who use the narrow, winding and bumpy road that makes its way through the forest to the pump house — we also share it with elephants, who make use of it mostly in the evenings, when they need to drink after a thirsty day in the sun. If we happen to both be on the road at the same time we will stop the vehicle and let them pass before proceeding and it is usually a civilised affair.

Late one afternoon Piet received a call from the pump house attendant; one of the motors was making a strange noise and he had to go there to see what was wrong. Sarel was away on leave at the time so we were dog-sitting his Jack Russell puppy Benji, who jumped onto Piet’s shoulders, delighted at the chance to go for a ride.

About half way to the river Piet heard the unmistakable sound of elephants breaking branches and then saw about 20 elephants lumbering along ahead of him, some on the road and a few scattered among the trees. He stopped and waited for a few minutes until thought the road was clear before slowly continuing, Benji trembling with excitement on his shoulders.

As they rounded the next corner Piet realised not all the elephants had moved on; there was a large cow, young calf in tow, standing on the side of the road and she was not pleased with him being so close to her child. It was too late for him to stop and reverse, so his only option was to dash past her and hope for the best. By this time Benji was beside himself with excitement, growling and whimpering, his sharp little claws digging into Piet’s shoulders. As they drew alongside the cow she thrust her trunk out, almost into the open window, and bellowed.

All hell broke loose: Benji scrambled down to the floor between Piet’s feet, howling and sobbing, the elephant continued bellowing and Piet, unable to work the foot pedals, yelled at Benji to move out of the way as the vehicle skidded forward out of reach.

It was only once he reached the relative safety of the pump house, heart racing and hands shaking that Piet noticed the dreadful stench – Benji had lost control of his bodily functions, down the back of Piet’s neck, along the front of his shirt, on the floor, on the pedals, on the seat! Understandably, the pump attendant kept his distance during the repairs.

It was a long time before we could persuade Benji to go for a ride with us again.