Many of my photos are taken ‘on the run’, through the front windscreen of the car, and Piet has become accustomed to my cries of “Oooh! Slow down! I need to get a picture of that!”

Yesterday driving into town I noticed this bus ahead of us.

Luckily a few kilometers ahead there is a security check for vehicles entering the Mosi-oa-Tunya National park, so I could get a couple of clearer shots and establish exactly what it was on top of that bus.

To market to market, to sell some fat pigs (And a goat. And some chickens)

Last week I signed up for the Daily Post’s Blogging 101: Zero to Hero event which began today. This requires me to publish at least one post a day for the next month.

Also today our local (our only) electricity supplier advised us that not only are they carrying out routine maintenance on the line, but also that there has been a major break-down across the border in Zimbabwe – we receive some of our power from the Zimbabwe grid – so our electricity supply (and thus internet and telephone connection) will be interrupted throughout most of the week. One thing I have learned over the course of my life in Africa is that a sense of humour is essential for staying sane; I almost lost mine when I was told that.

Today’s assignment: write and publish a “who I am and why I’m here” post.

Last year, which I hope was an unusual one, Piet and I spent most of the months from May to November awake – either chasing elephants out of our crops all night or, bleary-eyed and exhausted, trying to carry out our normal work during the day. I was speaking to Last Born son on the phone one evening while Piet was out doing battle. Through the phone Last Born could hear the booms of the fireworks and the continuous crackle from the radio which sits strategically on our kitchen counter – the elephant guards and Piet keeping a running commentary on the progress of the latest elephant incursion.

One particular broadcast came through loud and clear: “Bwana come in … There are some elephants now at Pivot three.  And there are hippos on Pivot eight.”

“I tell my friends here in the UK about your rather large farm pest problems and no-one believes me.” said Last Born. “You need to write about this!”

Thus a seed was sown. I nurtured and grew it, mulling over the sort of things I would (and could!) write about in a blog.  Then when First Born and his delightful English Lass visited in November I began to look at my life here in Africa through new eyes. English Lass’ delight and incredulity at what was going on around her, things I have taken for granted and accepted as ‘normal’, now appeared bizarre, exciting, interesting, fascinating. I thought, if I write about these things, perhaps others will be interested, excited and fascinated too. I read other blogs, spoke to friends who blog and eventually in May this year, just before the elephant season was due to begin, I wrote my first post. And nothing happened. The elephants did not come. We have already harvested one land of wheat – three to go – and will start on the maize next month and so far, not one elephant incursion.

Initially the purpose of this blog was to document our battles with elephants, hippos, buffaloes and other large, unusual farm pests. But in their absence the blog has evolved into a Salmagundi of African life. A hodgepodge of stories and pictures, depicting life for me (and others like me) living in Africa, dealing with Africa’s curved balls and oddities.

The title for this blog, Far Out in Africa was inspired by a comment my Mum made in a letter to me when my parents lived on the shores of Lake Tanganyika in Zambia during the late 1980s. It wasn’t long after the release of the box office hit movie Out of Africa when Mum wrote to me:

“This place is so isolated and the things that go on around here are so way out and almost unbelievable that if Isak Dinesen had lived here she would have called her book ‘Far Out in Africa’.”

Africa is beautiful, there is no doubt about that. Africa is also harsh, unforgiving and cruel. Africa has the ability to blind-side you – to surprise, enchant and amuse with her quirky ways, and I hope that my readers will experience a taste of this through my blog. 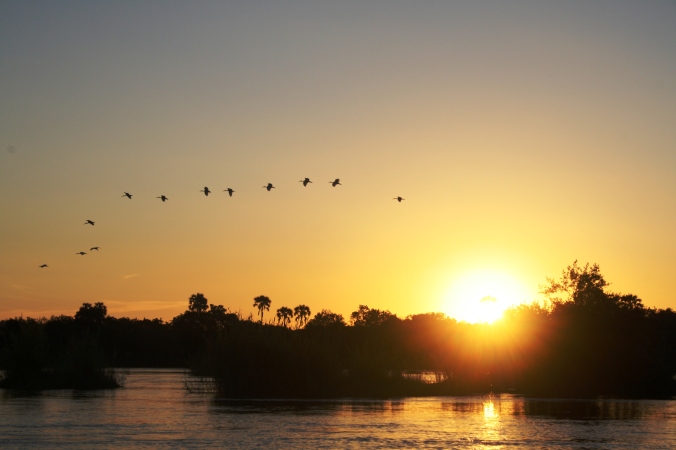