A crow eating groundnuts. On the ground. Could it be Rustle?

Spud, hungry after a hard day’s rolling about in the dirt.

Filling in the pivot wheel ruts with gravel. 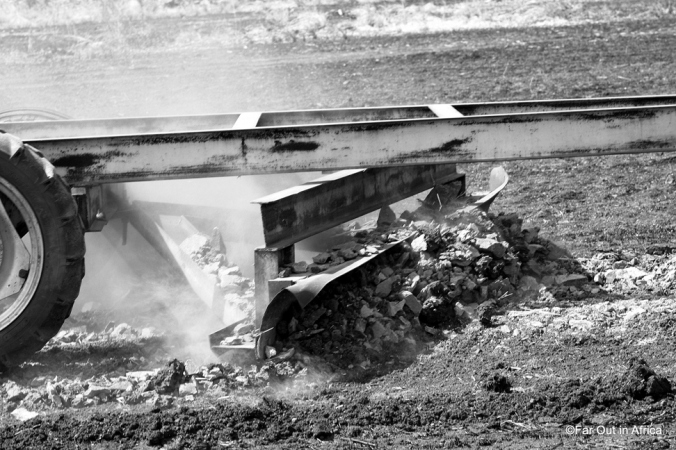 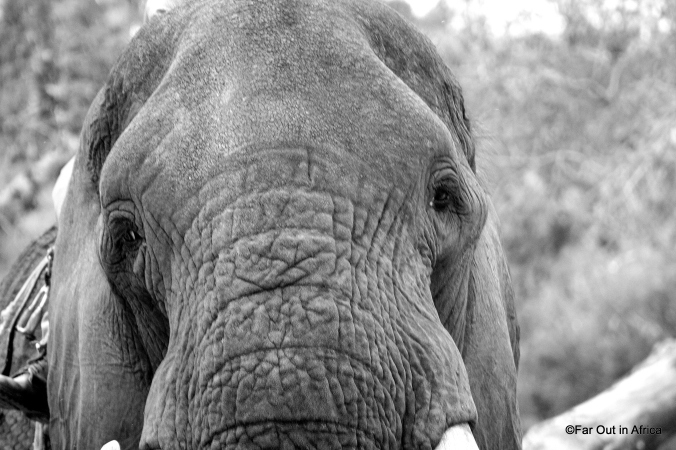 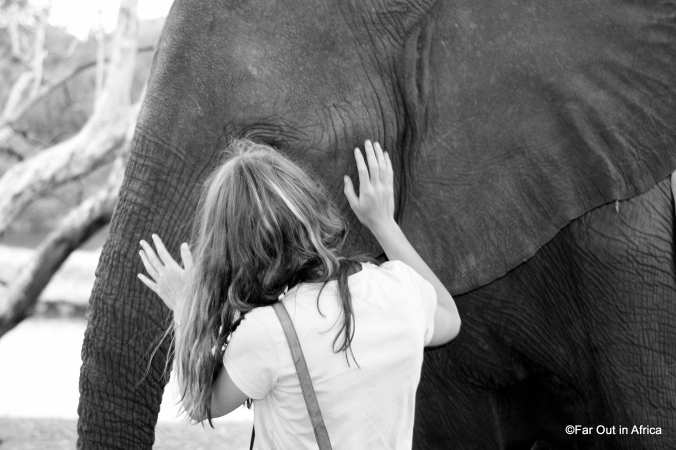 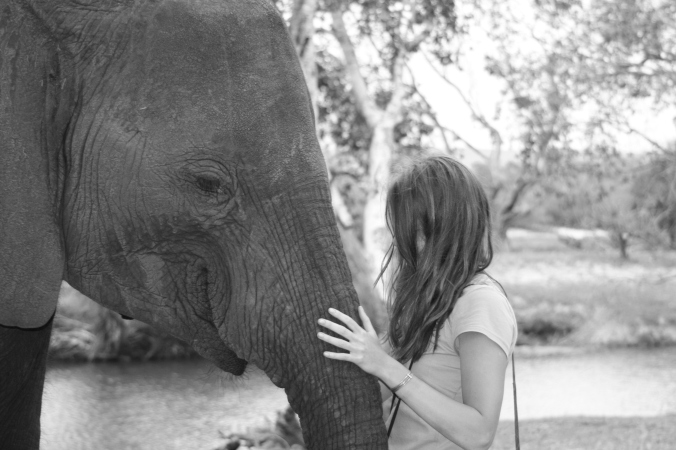 This delightfully happy day would now be a misty and blurred memory were not for the photographs. 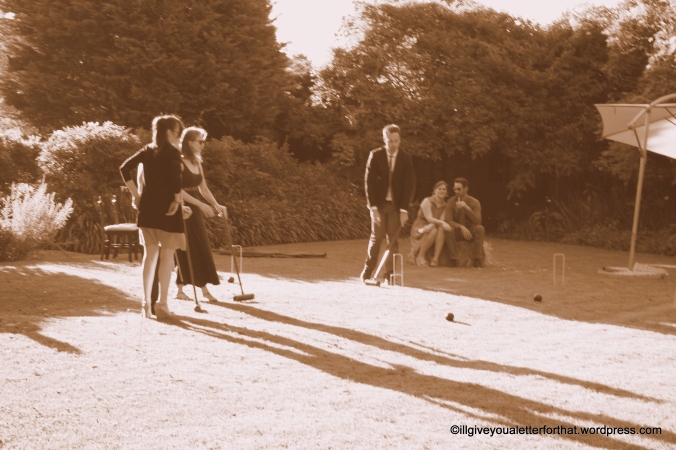 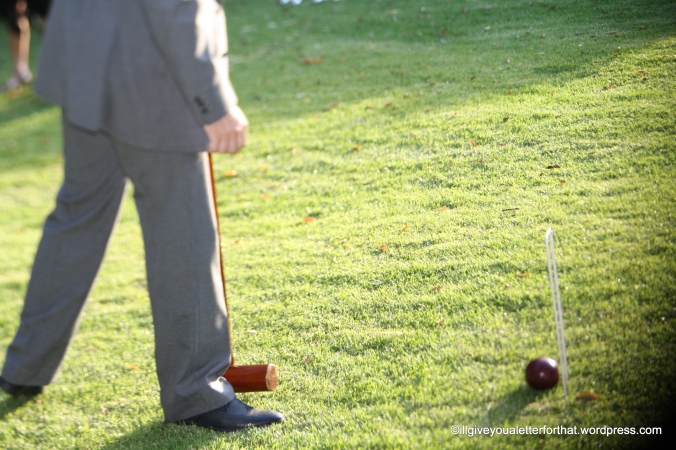 Photo credit for the next two pictures: Last Born.

Pop over to Cee’s Black and White Photo Challenge to see more pictures of photographers and their cameras. 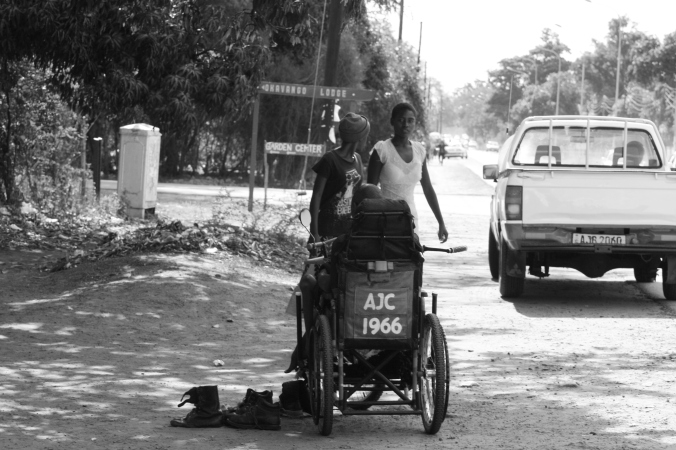 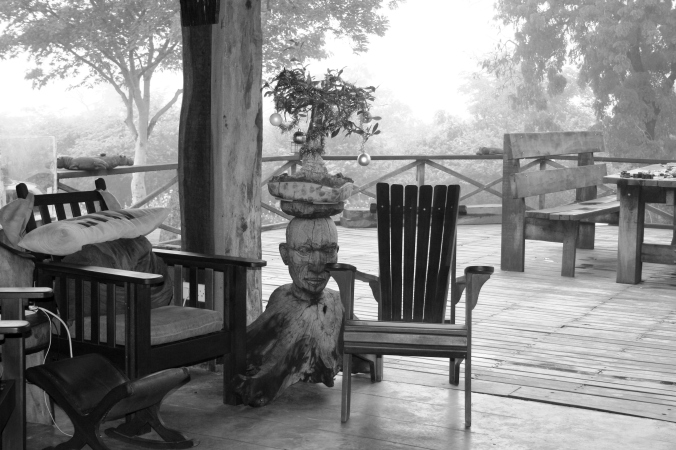 I recently travelled to the UK – to renew my passport, which is another story entirely – and not only did I get my entire family together for our first Christmas in 10 years but I was also lucky enough to experience my first proper snow.

On Boxing Day we went for a walk in the hills around Glossop – the views were breathtaking!

I don’t know if this first picture qualifies as true black and white since I took it in full colour but I love the effect of the white snow on the black tree trunks.

A few days after returning home I spotted this eagle perched in the dead tree above our bedroom:

And then a couple of days later we saw this Fish Eagle perched on a tree on the banks of the Zambezi River: 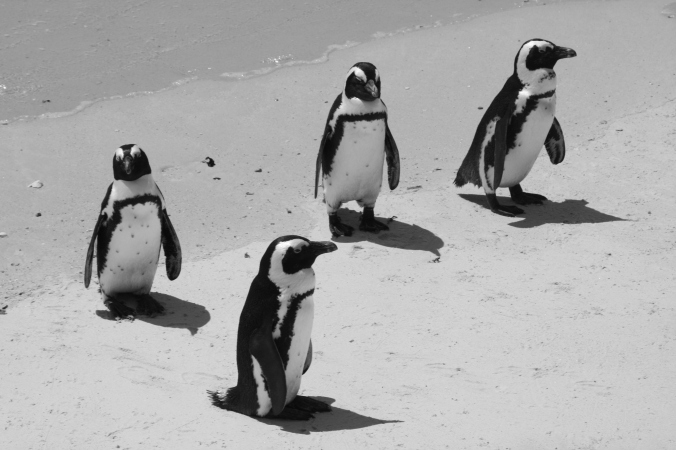 Once known as Jackass Penguins, this colony at Boulders Beach was established by just one pair as recent as 1985

This looks a likely nesting site

African Penguins are monogomous and normally mate for life

Follow I'll Give You a Letter For That on WordPress.com
Join 480 other followers

Photographing.... that one moment in time...