For one reason or another I have been mostly offline for a number of weeks. Today has been my first ‘proper’ day on WordPress and it now looks and feels like a place I’ve never been to before!
In addition to the flickering follow box (which indeed does seem to only work when it feels like it!), I now also have to re-acquaint myself with the new Reader lay-out. Good grief!
I share all the sentiments expressed by Sue – I am sure the majority of us do! – and only hope that the “Happiness Engineers” take note. 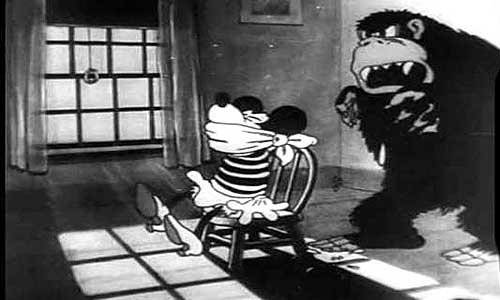 You’ve done it again, haven’t you?

Everything stops functioning properly, then suddenly the options we once had… and are used to… disappear. Only to be replaced by yet another ‘mobile friendly’ option that is proudly announced and slipped beneath our backsides when we least expect it.

This time it is the removal of the nice, static options at the top of the screen… the options that allowed us to ‘like’, ‘follow’ and reblog posts. Instead we have the flickering multifunction pop-up box that only bothers to do so when it feels like it… and only chooses to show the options it thinks you want.

For those who are not technically minded in the least, the loss of the static buttons makes things more awkward. Strangely enough, not everyone knows those options are available at the end of posts if you actually click into…

Arachnaphobes beware. Spider pictures! (only at the end of this post though)

For more creepy pictures pop over to the Daily Post (if you dare) to have a look at the other entries in this week’s challenge.

I’ve been under cover, so to speak, during the last month or so and have not felt up to doing much at all.  The reason? The Sun.  A quick trip to Johannesburg, a visit to a dermatologist to check on a dodgy mole on my chest and the subsequent treatment (read Torture) he prescribed has confirmed to me that The Sun is Not Your Friend! Do not trust the Sun!

The cream, which I have to apply twice a day,  draws out any pre-cancerous cells that may be lurking below the skin’s surface (and which were made that way by the sun), turns them a fetching shade of bright red and then kills them. Once dead, these cells change into dark brown, oozing scabs before they fall off.

Until recently I thought my skin was relatively clear and blemish free and I’ve always tried to be diligent about applying sunscreen – usually only when we have been on holiday though, not every day. But the way those initial little red dots have amalgamated to cover my entire face and neck, making me glow in the dark, has been a sobering reminder that applying sunscreen as part of our daily routine is vital for all of us, and could be life-saving. This treatment is painful and inconvenient but it beats the alternative. It’s sunscreen every day and large hats for me from now on.

One of my Muslim friends has kindly lent me a burka to wear if I venture outside             (I have to avoid all exposure to the sun during my treatment) but it’s hot and uncomfortable under there and I’m avoiding any outings if I can help it.

I was going to share a couple of selfies (sans burka) to illustrate but decided it just looks too bad. That shiny red face is not a pretty sight –  even Tikkie barked at me when I got home from town the other day! (and if you really want to see, this is what it is like)

So instead I am posting a couple of pictures which I took with the new macro lens Last Born gave me for my birthday.

I think this is a wolf spider, a member of the Lycosidae family and, although many people find spiders creepy, these ones are harmless to humans and I think they are beautiful.

This little guy had just crawled out of his burrow when I came across him the other evening and he obligingly stood still just long enough for me to get a couple of shots. I couldn’t decide which was the best, so have included them both. 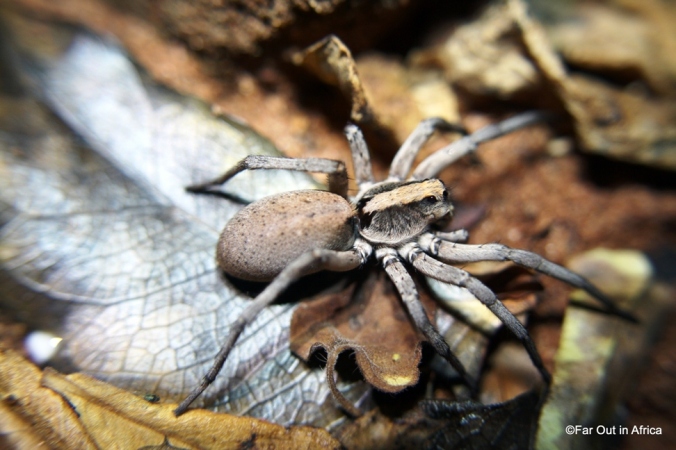 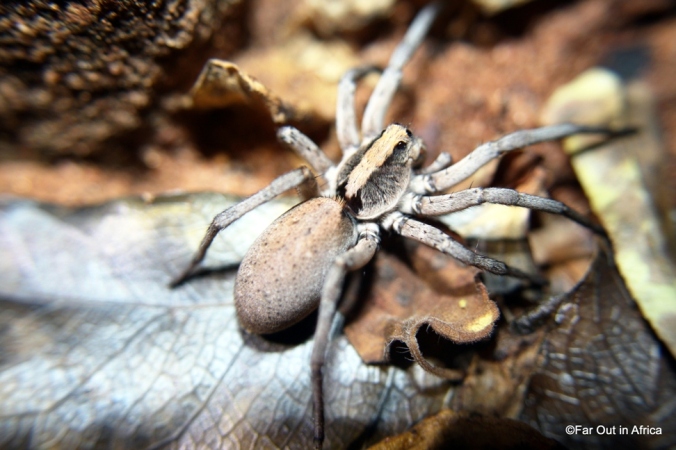 Once a week Cee from Cee’s Photography Blog runs a Which Way Photo Challenge – everyone is welcome to take part. You can read the rules for the challenge here.

For this week’s challenge I share with you a few of the pictures I took on the way to Munyemeshe in the Lower Zambezi. 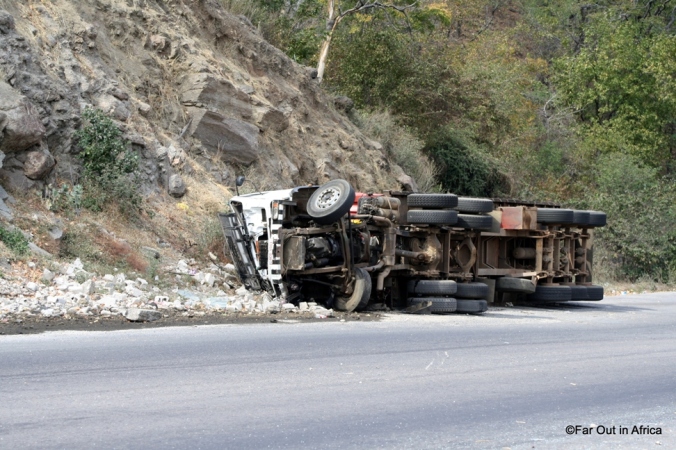 On the escarpment, heading down into the Zambezi Valley 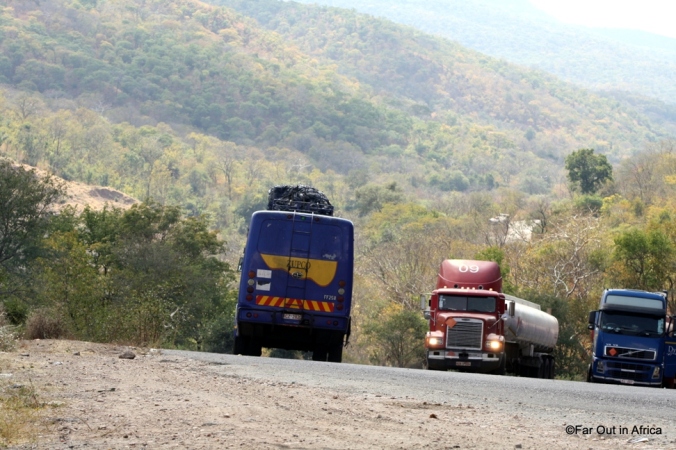 Three rows of (large!) vehicles on a two lane road … 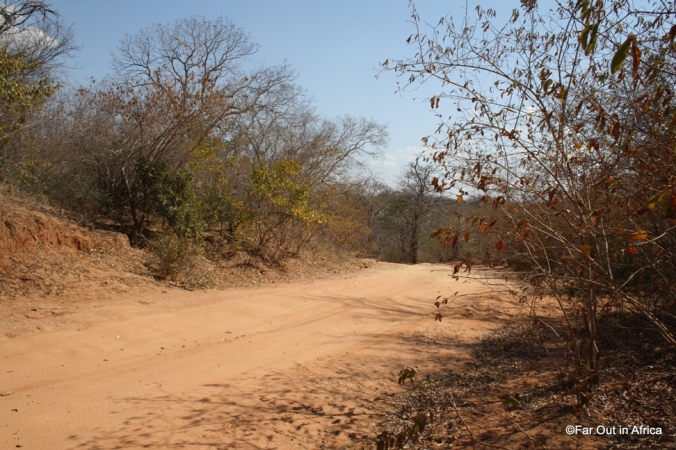 No road trip is complete without running repairs. 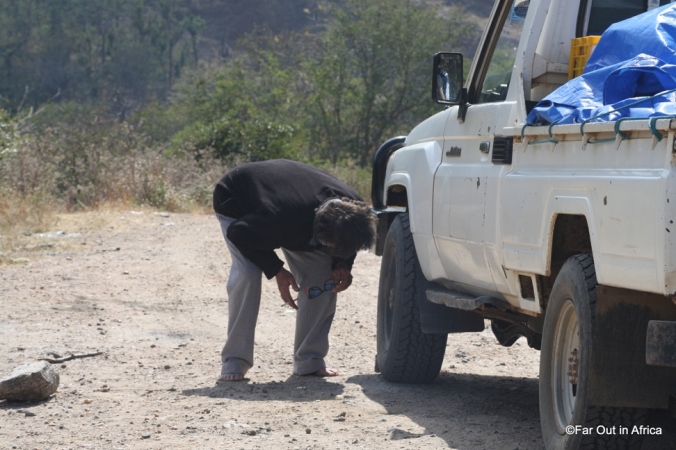 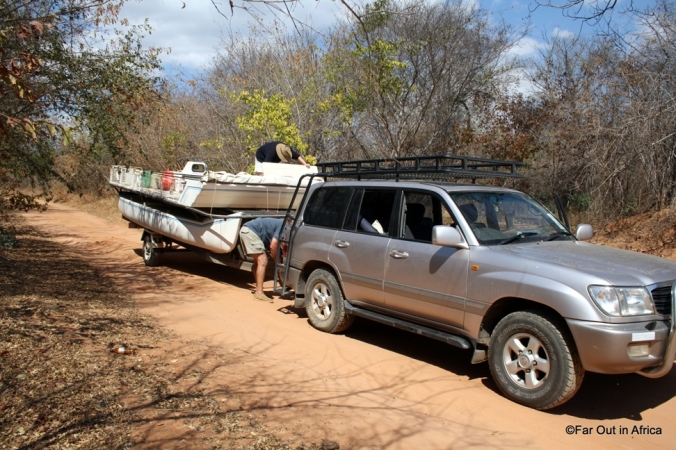 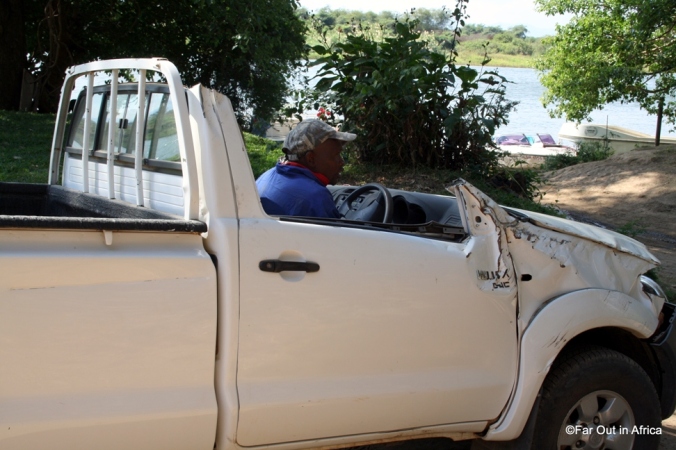 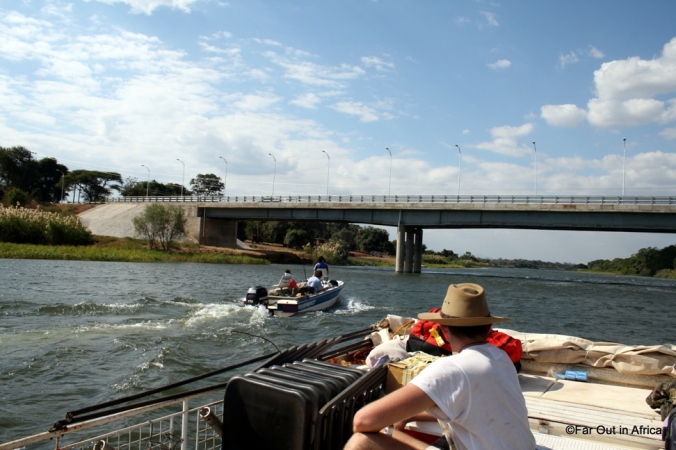 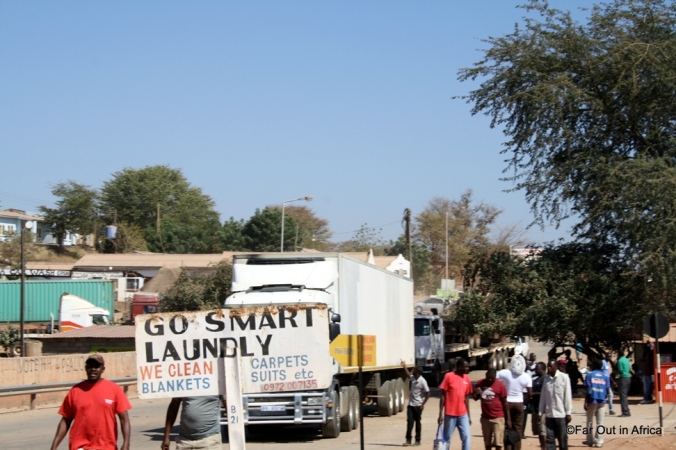 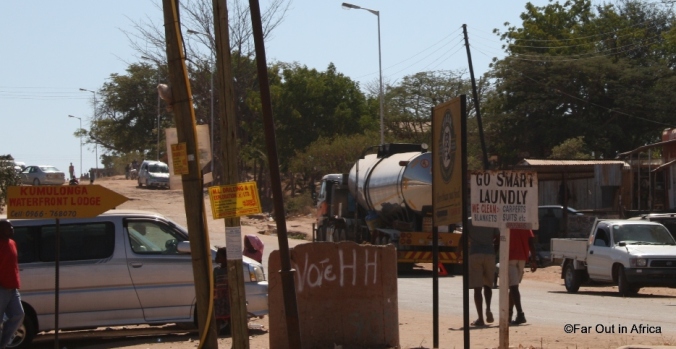 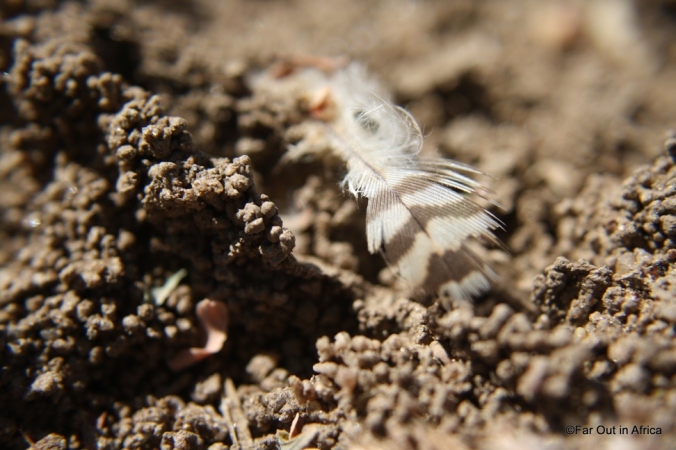 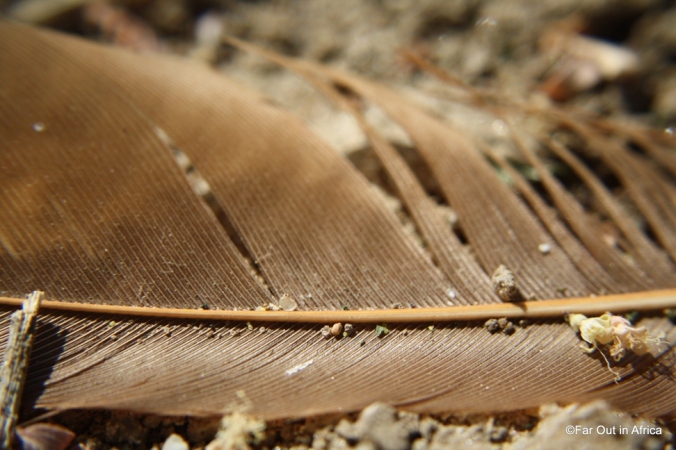 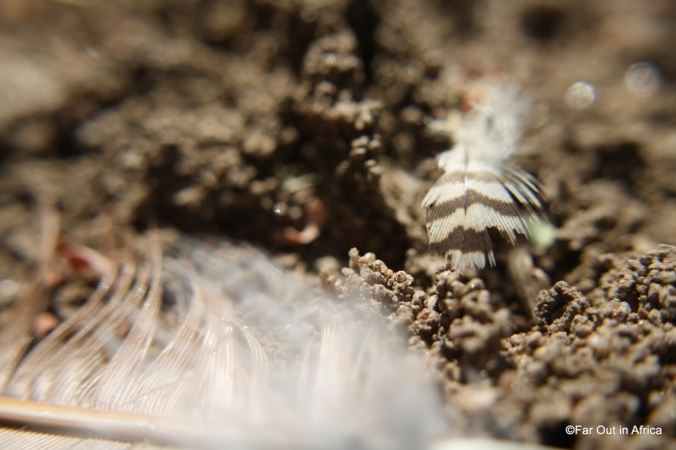 In response to the Daily Post weekly Photo Challenge – Close Up.