This year has been a very dry one for us. Our records show we have only received 245mm of rainfall. Compared to last year’s 1,500mm that’s abysmal, and it would have been a disaster farming-wise if we weren’t able to draw water from the Zambezi River for irrigation.

But dry weather makes ideal harvesting weather and we started lifting soya beans by hand last week in anticipation of the combine arriving on Monday to finish the job.

Our peanut crop was also ready for harvest  and so last week it was all systems go! The ‘new’ second-hand peanut harvester we bought earlier this year and the tractors had been serviced, 50 extra hands had been hired and Piet was up before light, doing last-minute checks and reminding everyone of their duties.

Within minutes Piet realised something was amiss with the peanut harvester. It was blocking up with nuts and debris and just not doing the job properly. And so the frustrations began, and continued throughout the week and over the weekend.

Piet and the farm mechanic tinkered and tapped, removed parts, cleaned and then replaced them. They swore (a little), paced and scratched their heads. And they sweated! Temperatures (and tempers) were rising and clouds started forming on the horizon.

Eventually, on Monday, Piet conceded defeat, phoned around a bit and with a lot of perseverance and a little luck found a mechanic who specialises in fixing peanut harvesters – we are expecting him to fly in from Johannesburg today.

On Tuesday morning Piet realised that rain was inevitable, so he arranged to have some of the harvested nuts moved into our old managers house (our sheds are too full with next season’s fertilizer) where they would stay dry – the mechanic will need some dry material to test the machine with. Normally the harvested nuts are windrowed and left to dry in the fields – because it is normally dry at this time of year. 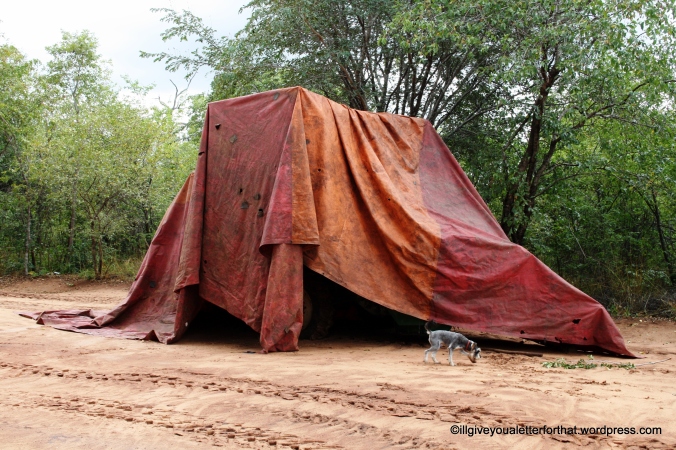 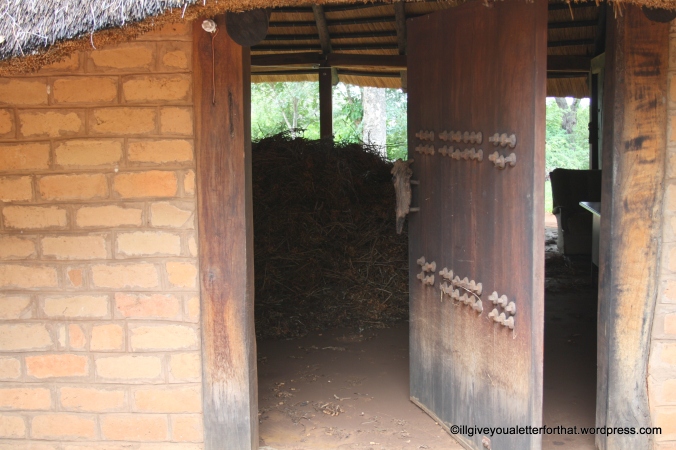 Come on in – grab yourself some peanuts 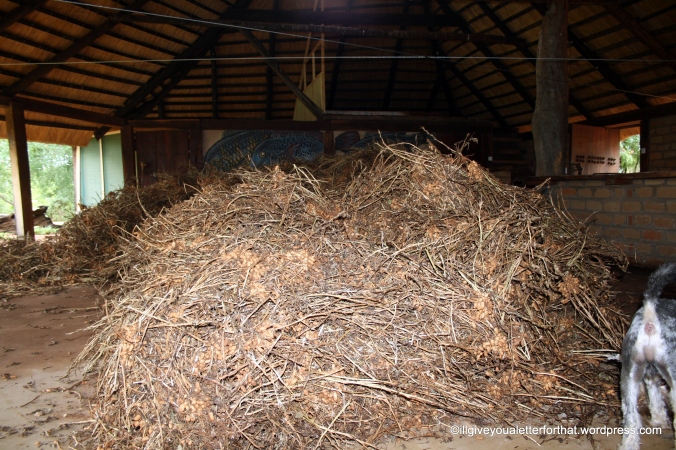 A pile of (dry) peanuts. 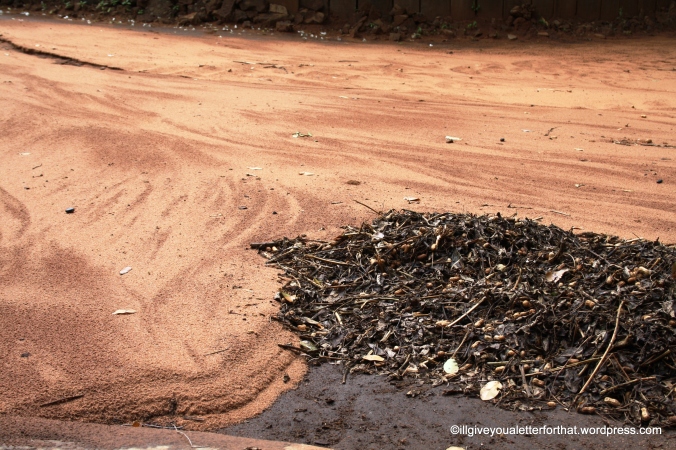 These are not so dry 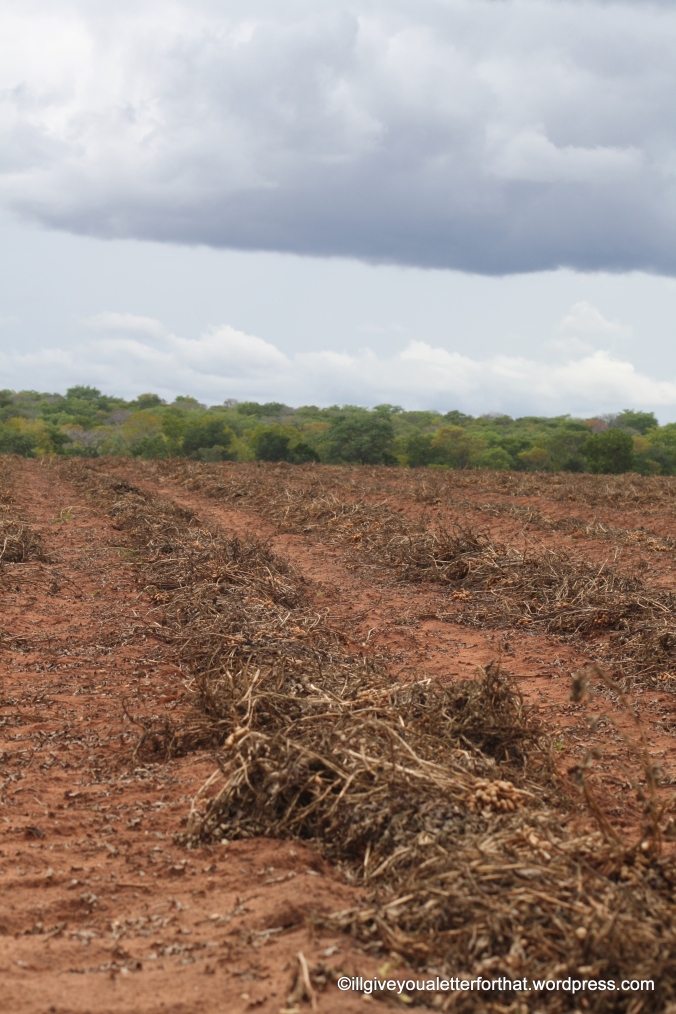 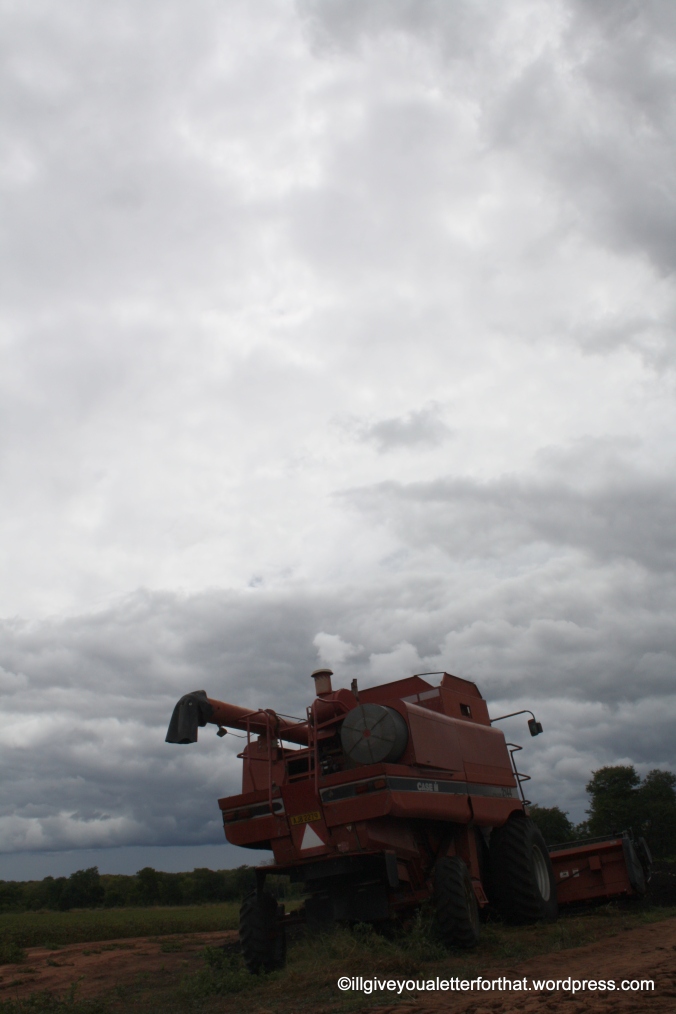 Waiting for a sunnier day

Certainly an April Fools Day for us, although not a particularly funny one.

Photography.... that one moment in time...